Skip to content
How to Visit Lisbon on a Budget

Over the last year or two, it seems like everyone is falling in love with Lisbon. So what exactly is all the hype about? Well, honestly, it's hard to pick just one reason people are flocking to Portugal's incredible capital city.

It could be the charming cobblestone streets, mosaic sidewalks, and colorful tiles that adorn its centuries-old buildings. Or it might the sweeping views of the Tagus River from the city's countless breathtaking viewpoints. Perhaps it's the welcoming locals passionately serving mouthwatering local dishes and delicious libations until closing time. Whatever it is, Lisbon's status as a travel hot spot certainly isn't going away any time soon.

But while Lisbon isn’t as expensive as other cities such as London or Chicago, a visit here can certainly add up quickly. That’s why we've put together this ultimate travel guide to show you how to visit Lisbon on a budget.

Lisbon on a budget: Know before you go

Walking is a great budget friendly way to get around Lisbon. However, you need to remember that Lisbon was built on 7 hills, meaning it has many streets that can be very steep. Turns out that Lisbon has more in common with San Francisco than their identical bridges, after all.

Plan accordingly, take breaks as needed, and be sure to wear the right shoes when exploring the city.

When you sit down at some Lisbon restaurants, the waiter will often bring over – they’re supposed to ask but most don’t – some bread, olives, small cheeses, and a few other snack-sized items.

These items are known as the "couvert" and, despite how it may appear, they’re not free. They’re also not incredibly expensive, usually costing only €1 - €2 each. Still, they can be a surprising addition to the bill for travelers dining on a budget. So before you dig in, make sure you're OK with paying for it. Otherwise, you can just politely refuse or send it back.

There's no need to speak Spanish

Due to Portugal's proximity to Spain, many travelers assume that using broken Spanish is helpful when communicating with Portuguese locals. In reality, this is almost always less helpful, as most locals have a much better grasp of English than Spanish, especially the under-30 crowd.

The iconic yellow Tram 28 fills up with both commuting locals and eager tourists, meaning you could wait up to an hour for a ride depending on the time and location. If you want to ride the tram through the hilly streets of Lisbon, beat the rush by hopping on in the morning (8-9 am) or later in the evening after rush hour.

Free and cheap things to do in Lisbon

See Lisbon from the city’s many miradouros

Being situated atop 7 steep hills means that Lisbon has no shortage of incredible viewpoints (miradouros). Many of these scenic spots even have kiosks ready to serve drinks and snacks to peckish sightseers. Make a list of some of the must-hit miradouros, such as Miradouro da Graça and Miradouro das Portas do Sol, and see which has the best view.

This 16th-century tower looks like a miniature castle on the waterfront. Originally serving to defend the city, as well as a departure point and return point for Portuguese explorers, Belém Tower has stood the test of time and was granted UNESCO World Heritage status in 1983. You can pay €6 to venture into the 4-story tower, but many visitors equally enjoy watching the ships from the small beach area beside the tower.

Stoll through and admire Jerónimos Monastery

If you’re an architecture nerd, Lisbon’s magnificent Jerónimos Monastery is a must-visit. This sprawling former monastery is a prominent example of Gothic Manueline architecture, complete with highly elaborate sculptures throughout that pay tribute to the Portuguese Discoveries. The monastery also houses the tomb of famed Portuguese explorer Vasco de Gama.

Where to stay on a budget in Lisbon

The Lisbon outpost of one of the hottest names in budget travel right now is an especially good stay if you’re a digital nomad. True to its name, Selina Secret Garden gives the feeling of being hidden away from the hustle and bustle of the city, with a sundrenched pool and rooftop bar on site. The amenities are basic, as you might expect from a hostel, but the rooms are decorated in a modern, fashionable style. Downstairs, you can escape to the spacious coworking area to get some work done or just to print your boarding pass.

Make no mistake: Though this vintage hostel feels cozy and intimate inside, it’s right in the heart of the action of Lisbon. Located in the vibrant Baixa area, Home Hostel offers guests clean rooms, ample social events, and possibly the warmest welcome you’ll ever receive during your travels. In fact, Home’s most famous offering is probably their weekly Mama’s Dinner, where the matriarch of the family and mother of the owner makes a homemade meal for guests. Now that’s hospitality!

Situated in a charming 20th-century building, Sant Jordi Hostels Lisbon blends vintage charms and modern touches to perfection. The chic designer hostel is decorated with stained glass windows and grand chandeliers and equipped with comfortable beds and inviting common areas. they even have a spacious, lush garden out back that's perfect for soaking up all of that Lisbon sun.

Most diners either flock to Lisbon's popular Time Out Market, its many Michelin-starred restaurants, or places they saw on their favorite travel show. Now, while these foodie hot spots are definitely worth checking out, they're not always the best place for those dining on a budget. Luckily, there are still plenty of places to find great cheap eats in Lisbon.

Located in Lisbon’s historic Mouraria neighborhood, this traditional little tasca, or tavern, is tucked away out of plain sight. In fact, it would be easy to miss if it weren’t for the constant presence of a hungry crowd waiting to get in.

Zé da Mouraria specializes in simple, traditional Portuguese dishes of meat or fish – think garlic beef, calamari, or the house specialty, codfish with roasted potatoes and chickpeas. And while the incredible homecooked taste is the main appeal here, Zé da Mouraria has also earned a reputation for its massive portions. 1 portion here is enough to feed at least 2 people (or more!), making it a surprisingly budget friendly option.

Head to O Trevo and try one of their famous bifanas, which offer an incredible bang for your buck. A bifana is a traditional Portuguese sandwich served on a crusty, yet fluffy roll and filled with succulent slices of marinated pork. They’re especially popular after a night out but you can grab one any time of day. The sandwiches cost about €2 apiece, meaning you can pair yours with a small local beer for less than €5. It doesn’t get much cheaper than that!

In addition to the bifana, the prego is Lisbon’s other famous sandwich. It’s made of well seasoned, garlicky beef that is hammered until it is incredibly thin, topped with mustard or hot sauce, and served on a perfectly pillowy Portuguese roll.

There are plenty of places to get your hands on a prego sandwich around town, but none more well known than Rui Dos Pregos. This restaurant has multiple outposts but the Belem location will probably be most convenient after a long day of sightseeing.

Start planning your trip to Lisbon

Unlike other European hot spots, visiting Lisbon doesn’t have to be expensive. Thanks to plentiful cheap eats, free attractions, and welcoming locals, you can plan an incredible trip to Lisbon on a budget.

So come see what all the hype is about, be sure to save this budget travel guide, and sign up to receive cheap flight deals to Lisbon today!

How to Visit Hanoi, Vietnam on a Budget

How to Use Kayak to Find Cheap Flights

How to Use Skyscanner to Find Cheap Flights 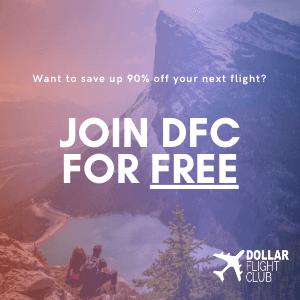